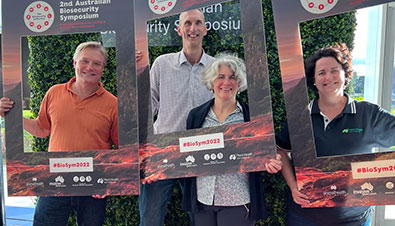 More than 400 of the country’s leading innovative minds and influential players recently converged on the Gold Coast for the 2nd Australian Biosecurity Symposium, to network, brainstorm and unite under a common purpose to accelerate biosecurity reform.

This year’s theme was ‘A decade of biosecurity: turning a moment into a movement’. 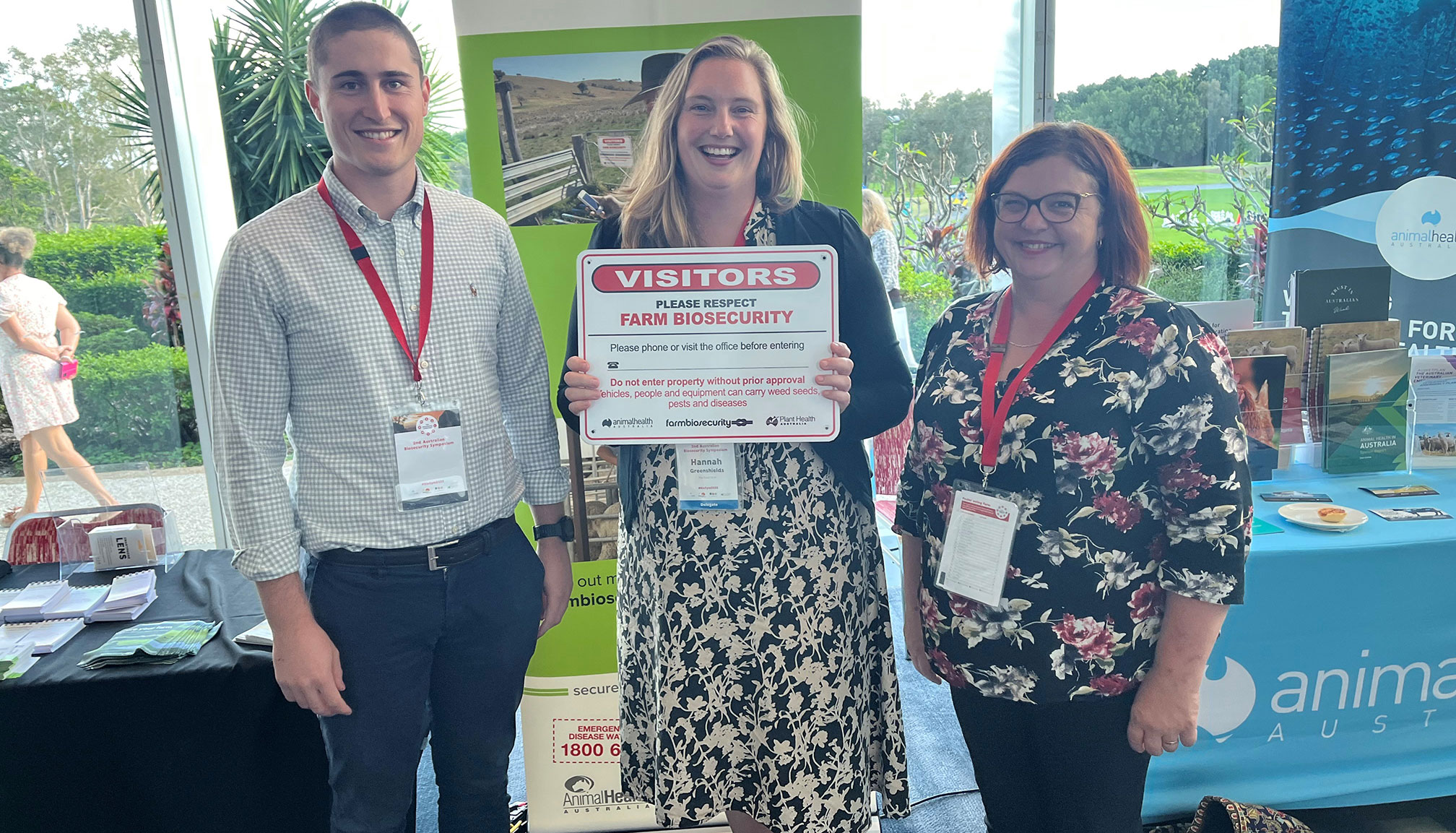 The symposium commenced with well-known environmental educator and television presenter Costa Georgiadis, who drew on his all-consuming passion for plants and people in his introduction. Some of the highlights include

Costa reminded delegates of their role as communication amplifiers and encouraged them to use their reach to share biosecurity moments.

The event featured five plenary sessions and over 100 themed concurrent sessions over two days, including:

Anika, who has a PhD in international agriculture and environmental management and lives on a family farm in far west New South Wales on the lands of the Wilyakali people, spoke from personal experience about climate change and her work with rural communities.

She took delegates on a climate change journey, reflecting on where we have come from and where we are going, instilling courage to enable us to choose the story we want to create for our land and the legacy we want to leave.

“We have commonality in complex problems. We are here because we are problem solvers. We all believe there is a better way of doing things,” Anika said.

In her presentation Debbie highlighted how research and innovation is fundamental in transforming the national biosecurity system and how a transformed national biosecurity system needs to be underpinned by digital and genetic surveillance systems supported by citizen science, big data analytics and fully integrated pre-border and post-border systems.

“Speed of detection is imperative to effective, efficient control,” she said.

“The biosecurity sector is facing significant threats but through science and technological innovation, and engagement of the broader community, we are capable of transformational change,” Debbie said.

Launching a ‘Decade of Biosecurity

The program aims to mobilise a 25 million strong mass movement, secure sustainable investment in biosecurity, foster innovation and create a formal partnership between government, industry and the community. It is about ensuring every individual Australian, business and organisation recognises and understands their role and the important contribution they can play in creating a stronger and more resilient biosecurity system.

Day 2 focused on connecting the dots between broader national activities that enhance and strengthening the Australian biosecurity system and mainstreaming biosecurity to the general public.

“We all know that biosecurity outbreaks are continuing to rise in volume and complexity. Over the next decade, Australia needs a biosecurity movement to meet the challenges facing the national biosecurity system and influence the direction of the future biosecurity system,” said Sarah Corcoran, CEO of Plant Health Australia in the opening address.

One of Australia’s most well-respected health journalists and host of Radio National’s Health Report and Coronacast, Dr Norman Swan shared his experiences and knowledge in mainstreaming important messages to a broad audience in his keynote address.

Dr Swan’s address provided delegates with key takeaways on how we can mainstream the importance of biosecurity practices, bringing about positive and sustained engagement from the broader population.

He said every pandemic in history has highlighted the poverty gap and that we need to bridge the gap from awareness to practice change.

“We need to have a plan, it needs to flexible, sustainable and we cannot leave people high and dry,” Norman said. “Biosecurity is not a nice to have or a five-year plan, we need to get communities mobilised.”

“A lack of cooperation provides a fertile environment for biosecurity risks to spread,” he said.

“It’s been an amazing symposium that has highlighted the enormous amount of change that has happened over the past three years since the last symposium. I was really pleased to see how we are gaining momentum in innovation and transformation of the biosecurity system, the progress in environmental DNA detection, and the work around e-commerce surveillance,” said Andreas.

“The top outcomes for me over the past two days have been the linked themes on connecting the dots and mainstreaming biosecurity. We’ve heard about programs already in place delivering on this,” said Sarah. “In order to achieve our reach, we need to amplify the biosecurity message. This means more engagement, more participation, and more space for diverse views.”

“We need guerrilla campaigning – it’s communities and people who are going to lead us out of this. We need to have a platform at the top, so the people at the top can hear us. We need parliamentary friends of biosecurity,” Kathleen said.

Andrew Cox said invasive species are the biggest driver of environmental loss and extinctions, the destroyer of whole industries and livelihoods.

“Biosecurity is our problem. It’s our chance to make things right to save what we believe in, and what we value,” he said. “As part of the Decade of Biosecurity, we can only reach our goal of 25 million biosecurity champions by all bringing a spirit of generosity and courage. And by living and breathing biosecurity.”

For more information on the decade of biosecurity, visit: https://biosecurity2030.org.au/