There are a number of regions within Australia where there are restrictions on the movement of fresh potatoes, potato plant material, and soil and machinery that has been in contact with potatoes. Movement of these items either into or out of these areas is controlled in order to limit the spread of pests and diseases such as potato cyst nematode (PCN) and potato spindle tuber viroid (PSTVd).

While there are state and federal laws which ultimately specify what can and can’t be moved from one location to another, it is in the interests of the industry as a whole to limit the spread of pests of biosecurity significance which might impact the ability for Australian potato growers to access certain domestic or overseas markets.

As a potato grower you should familiarise yourself with the restrictions that exist in your state and any state you currently trade with (or intend to trade with in the future). General information on interstate quarantine requirements relating to quarantine zones can be found by visiting the Quarantine Zones page on the Australian Interstate Quarantine website.

South Australia restricts the movement of plant material and equipment to Kangaroo Island, and potatoes are prohibited unless they have been washed or brushed free of soil and are in new packaging (more information). 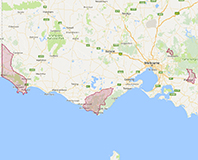 There are four potato plant protection districts in Victoria There are no potato specific quarantine zones in Queensland but there are zones within which movement of other crops is restricted. Potato growers moving machinery should be aware of these areas if their equipment is used on more than one crop (more information).

The whole of NSW is a potato biosecurity zone and within that are two seed potato protected areas. More information on these can be found by visiting dpi.nsw.gov.au.

Potatoes imported into Western Australia from another state or territory (except Tasmania) are not allowed into the Gin Gin and south-west areas. (more information).

There are extensive restrictions on the movement of plant products and machinery into Tasmania, including for potatoes (more information).

Bringing certain types of plants, fruits and vegetables and agricultural equipment into the Northern Territory is restricted. Be aware of restrictions that might affect you. 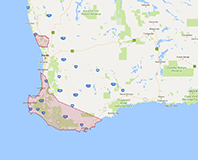