Expecting a delivery from overseas? Look out for the brown marmorated stink bug

Expecting a delivery from overseas? Look out for the brown marmorated stink bug 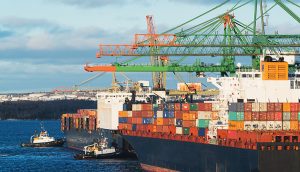 Brown marmorated stink bugs have been hitching rides on containers from overseas, hiding in nooks and crannies. They are regularly being intercepted at the border over our Summer months.

If you’re receiving parts, equipment or machinery from overseas, particularly Europe, China and the USA, keep an eye out for the brown marmorated stink bug (BMSB, Halyomorpha halys).

BMSB has featured in the news this summer following several ships delivering cars to Australia being turned away at our border due to detections of this hitchhiker pest aboard.

With the spread of BMSB in recent decades from eastern Asia to North America, and more recently Europe, the number of opportunities for the pest to make it to Australia has increased.

Between September and April, the Australian government has special import conditions in place to address the increased risk of BMSB arriving here from the northern hemisphere in their colder months.

When temperatures cool in autumn the pest seeks shelter for the winter months, sometimes in goods being transported overseas, where it can survive in a dormant state.

“The BMSB has over 300 hosts and is also a nuisance because it seeks shelter in large numbers in buildings and equipment, so we really don’t want this pest in Australia,” said Stuart Kearns, Plant Health Australia’s Manager of Farm Biosecurity Programs.

“Since the bug arrived in the US, it has spread to more than 40 states and has proved far more damaging and difficult to control than other stink bugs.”

“Overseas experience has shown that it would have a significant impact on our fruit, vegetable and ornamental crops and it may also impact grains.

“BMSB also gather in large numbers to feed on sorghum and sunflowers, which have been used as trap crops for the pest in the US, but their resulting impact on crop yield is still unknown.”

Given the impact BMSB could have on the health of our crops and produce and as a nuisance pest, Stuart encouraged anyone importing goods or growing host crops to keep an eye out for the pest. Adult brown marmorated stink bugs have characteristic white markings on their antennae, legs and around the edge of their body.

“While it can be confused with other brown stink bugs present in Australia, BMSB can be distinguished by the white bands on their antennae, legs and around the edge of their abdomen,” explained Stuart.

Adult BMSB are 12-17 mm long and shield shaped and while they vary in colour, they are generally a mottled brown with a faint reddish tinge and emit an unpleasant odour.

They lay their small, pale and barrel shaped eggs in clusters on the underside of leaves.

When BMSB first hatch they are brightly coloured but quickly develop a similar colouration to the adults. During these early stages they are also smaller than the adults and lack fully developed wings.

If you suspect you have found a BMSB, catch it if you can and store it in a sealed container, or take a photo so that it can be identified by an entomologist.

Immediately report this or any other unusual sightings to the Exotic Plant Pest Hotline on 1800 084 881.