Five years on – Johne’s deregulation in the cattle industry

Five years on – Johne’s deregulation in the cattle industry 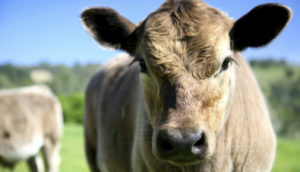 July 2021 marks five years since the transition from national regulation of Johne’s disease (JD) in cattle to producer management of the disease.

JD was previously regulated in all states and territories in Australia, meaning that beef herds that had a case of JD were put into quarantine and would need to undergo a disease management plan to eradicate the disease before being able to sell cattle freely again.

According to Dr Rob Barwell, Senior Manager, Biosecurity at Animal Health Australia (AHA), the transition was not without its challenges, but five years later it has been proven to have eased regulatory burden on the industry across much of the country.

“In deregulating the disease, most governments have brought JD into line with other diseases which a producer may need to manage in their herd,” Dr Barwell said.

JD is a chronic wasting disease of cattle, sheep and goats, which causes them to progressively waste away as their bodies become unable to properly absorb nutrients. It is passed on in faeces, with young animals in particular being most susceptible.

However, animals may only shed bacteria intermittently and only show visible signs of infection as they get much older, meaning it may have been present in a herd for a long time before it is detected or becomes visible.

In mid-2016, the Johne’s Beef Assurance Score (J-BAS) was launched to allow producers to assess the likelihood that a herd of cattle carried JD. J-BAS was soon followed by the Johne’s Disease Dairy Score (JDDS) for dairy cattle herds in early 2018, replacing the previous Dairy Score. These scores are intended to give producers for whom JD is a significant production and market consideration a means by which to self-assess and communicate their JD risk.

Both scoring systems provide herds with an eight-point ranking by taking into consideration the owner’s management and biosecurity practices, the history of JD in the herd, and the results of any JD testing carried out.

“The uptake of J-BAS and the associated boost in biosecurity planning on individual properties means more producers than ever are applying a risk-management approach to diseases; so not only are they actively

preventing JD, but also a host of other notifiable or emergency diseases which may have even more devastating impacts on their herds and their livelihoods,” Dr Barwell explained.

The transitional arrangements for J-BAS called for producers to conduct their first round of testing before July 2018. For those seeking to maintain a score of 7 or 8, a Check test must be done every three years — meaning those who had tested cattle in 2018 will be due for another test this year.

“Failing to meet the testing requirements means a producer cannot claim a score of 7 or 8, which indicate the highest level of assurance, or lowest risk, for JD.”

“For producers out there who have used J-BAS when selling cattle, we would encourage you to contact your veterinarian and arrange a test over the coming months to maintain that score, if you haven’t already done so,” Dr Barwell explained.

In Western Australia (WA), where JD regulations remain in place at the request of the local industry, producers and exporters moving cattle into the state are subject to import conditions, which WA have recently announced will change from 1 July 2021, requiring producers to comply with an updated testing regime.

Dr Barwell explained that many producers in northern Australia will need to consider how they conduct their testing going forward, as the testing requirements for J-BAS and JDDS now differ from WA’s import requirements.

“We know that there is a significant number of producers who participated in J-BAS to meet import requirements in WA, however this status alone will no longer be sufficient to ensure that cattle can cross the WA border,” he said.

“We would strongly encourage producers who have been sending or intend to send cattle — regardless of whether they are beef or dairy cattle — into WA to see the Department of Primary Industries and Regional Development webpage or make contact with the Department to understand the new requirements and what it means for their business.”

Producers looking to arrange herd testing or wishing to discuss their options should consult with their cattle veterinarian.