Serpentine leafminer (Liriomyza huidobrensis) is a new pest to arrive in Australia, first reported in NSW in Greater Sydney in October 2020, and then also in the Fassifern Valley Queensland. Host plants include broccoli, beet, spinach, peas, beans, chilli, cucumber, potatoes, cut flowers, melons, and a variety of weeds.

The adult serpentine leafminer is a fly, 1.2–2.3 mm in size with black and yellow markings, that lays its eggs under the surface of the leaf. The larvae feed inside the leaves, causing mining damage, impacting the plants’ products, yield, value and marketability.

There are other leafminers native to Australia, and it’s not unusual to see them in a crop. Adult serpentine leafminers are difficult to identify with the naked eye, and it is difficult to distinguish it from native leafminer species. Typically, specialist diagnostics is required to confirm whether an exotic leafminer is present.

Research shows that this pest is resistant to the chemical treatments used to control other leafminers. Therefore, an integrated pest management (IPM) regime is important to control the pest. 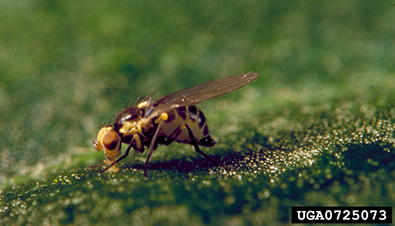 Side view of the adult form of serpentine leafminer. Image: National Plant Protection Organization, the Netherlands

“The industry has been concerned and vigilant for a while about the possibility of exotic of leaf miners entering Australia and have been managing the arrival of the vegetable leaf miner in the Torres Strait,” said Zarmeen Hassan, National Manager, Engagement and Extension at AUSVEG.

“Vegetable leafminer has already become established on Cape York, but efforts were being made to contain its spread further south into commercial growing regions.”

“To prepare for the possibility of the spread of the vegetable leafminer, a project had been developed with Hort Innovation (MT16004) through the R&D levy, to understand the biology, host list and spread potential of the pest, as well as developing a contingency plan for its spread. Serpentine leafminer was also included in the program and the knowledge developed through this project is helping support industry and growers to manage it, with a focus on IPM.” 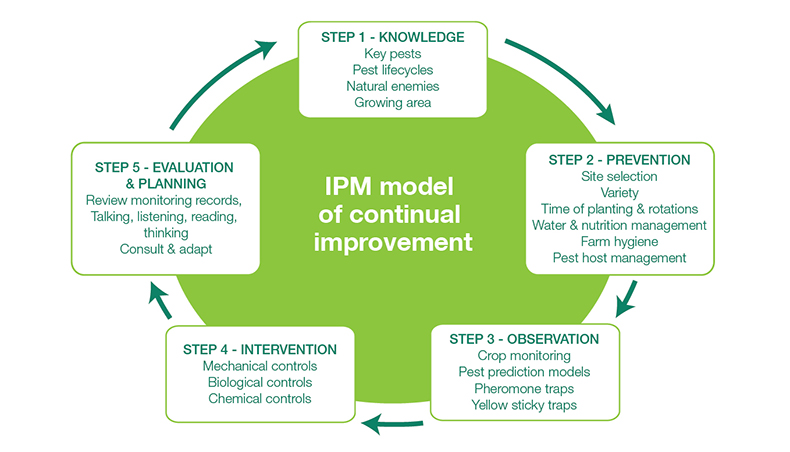 “These pests have become resistant to some chemicals that are used overseas to control them.”

“We recommend consulting your local agronomist and having a robust IPM program to control serpentine leafminers. It’s important to not use harsh broad-spectrum treatments as they may result in the loss of beneficial parasitoids, which can result in increased populations of the pest,” said Zarmeen.

The good news is that through the MT16004 project, we know that that Australia already has parasitic wasps that feed on Liriomyza pests. The wasps lay their eggs in the larvae feeding on leaves. There are over 50 wasps that target leafminer, but these four have been seen to be most prevalent:

“It’s important to protect and enable the parasitic wasps by refraining from use of harsh chemistry.”

“If you are currently using chemicals treatments to control leafminer and they’re not working, it may be serpentine leaf miner, and should be reported and identified by an expert,” said Zarmeen.

And remember, all Australians have a biosecurity responsibility: suspect detections should be reported to the Exotic Plant Pest Hotline 1800 084 881. This number will put callers in touch with their state or territory department of agriculture or primary industries.

Help and resources are available

Video
Have you seen an exotic leafminer? (5 minutes, AUSVEG)

Vegetable growers can contact a Biosecurity Officer for help and advice. For further information, contact AUSVEG’s Madeleine Quirk on 0437 004 174 or madeleine.quirk@ausveg.com.au or Callum Fletcher on 0423 453 577 or callum.fletcher@ausveg.com.au