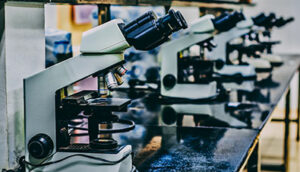 The world has learned first-hand just how quickly viral outbreaks can spread, but pig producers are all too familiar with the concept. This is thanks to one of the biggest risks the global pig industry faces: African swine fever (ASF).

This disease causes huge economic loss because of the lack of effective vaccines and treatments. When the only adequate prevention of spread is early detection, surveillance becomes an integral part of biosecurity plans.

One of the ways for ASF to enter Australia would be through illegally imported pork products being fed to pigs (traditionally called swill feeding, which is illegal in all states and territories). Once here, it could then be spread via infected animals and livestock vehicles.

A recent study published in the nature journal Scientific Reports and led by Aleksandra Kosowska from the VISAVET Health Surveillance Centre in Spain aimed at improving ASF surveillance by assessing the detection capacity and inactivation capabilities of a new ‘surfactant liquid’.

The study involved sampling various surfaces in African swine fever virus (ASFV)-contaminated facilities and ASFV-contaminated animal skin with a sponge pre-hydrated with the surfactant liquid. Compared to traditional sampling techniques, the study states, “the surfactant liquid successfully inactivated the virus, while ASFV DNA was well preserved for the detection.”

“This effective new method of testing for ASFV DNA from surfaces and skin will potentially improve the outcomes of surveillance activities overseas. We hope we never have an ASF incursion, but it could be a very useful tool if we did.”

The study notes that this method “provides an important basis for the detection of the ASFV genome that can be assessed without the biosafety requirements of a BSL-3 laboratory at least in ASF-affected countries, which may substantially speed up the early detection of the pathogen.”

While Australia is fortunate not to have ASFV currently, an incursion can occur so research and advances like those from this project could help ensure we keep it out.

Find more information and to read the full findings here.