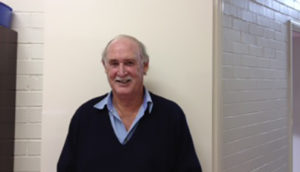 A proactive attitude and regional collaboration are the key planks in Bob Reed’s approach to tackling biosecurity threats.

Concerned about the growing spread of ovine Johne’s disease (OJD) into Western Australia, Mr Reed brought the issue to the attention of his local Association for Sheep Husbandry, Excellence, Evaluation and Production (ASHEEP) Esperance group and was named head of its sub-committee on the disease.

Mr Reed says his ASHEEP group is now working to develop a Regional Biosecurity Plan to have the Esperance region declared a Protected Area under new OJD trading rules set to come into force on 1 January 2013.

“We have more than 135 sheep producers in the region and hope to have two thirds of them protected by the third year of operation,” Mr Reed says.

“This is about protecting ourselves from a disease that we haven’t got very much of yet in our region, but is on the way. I’m part of a pretty progressive group and the work we’re doing is on their behalf and with their generous assistance and support. We will be seeking a market advantage as offering ‘certifiable clean sheep’.”

On his own farm, Mr Reed regularly monitors the health of his flock to prevent the onset of pests and diseases, achieving the impressive result of keeping his livestock lice free for the past 12 years.

“Lice are a good bell ringer for other problems,” Mr Reed says.

The Reeds are diligent about maintaining boundary fences, keeping their sheep as isolated as much as possible and working closely with their neighbours on biosecurity issues such as OJD, lice, vermin and infrastructure maintenance.

They also breed their own rams and only bring in the occasional sire for breeding purposes.

“I get a good run down on the status of those rams, in relation to OJD and other matters and always get a Sheep Health Statement,” Mr Reed says.

Duncan Rowland, Executive Manager of Biosecurity Services at Animal Health Australia, said that Bob Reed was one of three award finalists because he actively promotes good biosecurity practice to the industry and the region, and has successfully helped implemented regional animal health programs.

“Bob Reed is in the running because of his passion and commitment to improve systems that relate to on-farm and regional biosecurity,” Mr Rowland said.

Bob Reed is full of praise for his neighbours and fellow producers in the region for recognising the gravity of the OJD threat and having the foresight to do something about it.

“Our philosophy is don’t wait for disease to overwhelm your stock – it is easier and cheaper to act fast,” he says.

“We’re looking very seriously at having lice as one of the conditions that gets monitored as part of the original plan. If you don’t have lice and you get it something’s got to be breaking down somewhere, doesn’t it? Our aim is to have an operating plan developed and approved by the end of the year.”