On the third day of sickness a mosquito gave to me

On the third day of sickness a mosquito gave to me 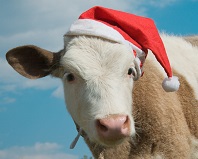 With the wet season well underway across the Tropics, producers are reminded to keep an eye out for signs of Bovine Ephemeral Fever (BEF), commonly known as three-day sickness, in their cattle.

BEF is caused by an insect-borne virus, making it more common in areas where climate and weather conditions support larger numbers of mosquitos and biting midges.

Across the tropical and sub-tropical regions of Australia, increased rainfall over the summer months can drive a population boom for disease-carrying insects, greatly increasing the risk of livestock contracting these diseases.

That said, according to AHA’s Senior Manager Biosecurity, Dr Rob Barwell, cases of BEF can afflict cattle throughout the year, and are not limited to tropical zones.

“BEF has been found to occur in the dry season, and in past years has been known to show up along the coast of Queensland, extending down into New South Wales,” said Dr Barwell.

“In New South Wales the virus has been found as far south as Jervis Bay, though the prevalence of BEF in sub-tropical and temperate climates is almost entirely linked to rainfall conditions.”

BEF cases are characterised by a sudden onset of fever, lameness and muscle stiffness, drooling and reduced consumption of food and water. Severity can vary depending on a number of factors, however most livestock will recover.

“The best prevention is a vaccine, available through your vet,” said Dr Barwell.

“Once an animal is infected, the only available treatment is to manage the symptoms, reduce the stress on the animal and wait for them to recover. It’s called three-day sickness for a good reason.”

Cattle that recover will develop a long-lasting immunity. Individual animals are most at risk when they are young or are brought into an infected zone having never been exposed or vaccinated.

With much of the affected area in drought, Dr Barwell suspects BEF will be less prevalent outside the tropics over the coming season, but vigilance is still incredibly important.

“The disease is more common in wetter weather but can happen at any time,” Dr Barwell explained.

“With conditions as they are with respect to feed and water quality, some animals may have a harder time shaking off the disease should it occur.”

Suspect cases can be reported to the Emergency Animal Disease Watch Hotline via 1800 675 888 or to your vet. This will help to speed up diagnosis, build a more complete picture of cases in Australia, and rule out the possibility of an exotic animal disease.

Further resources for preventing and detecting diseases in cattle can be found on the Farm Biosecurity website.