Results of the 2020 producer survey are in

Results of the 2020 producer survey are in 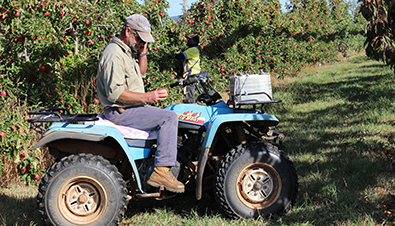 A big thank you to the producers who agreed to give their time and participate in the survey, no matter where they were.

More Australian producers than ever before have implemented biosecurity practices to protect their properties from diseases, pests and weeds.

That’s according to an Australia-wide survey of both crop and livestock producers to track trends in attitudes towards and awareness about farm biosecurity.

Conducted in March–June this year and undertaken by independent researchers for Farm Biosecurity, the 2020 survey was designed so that results could be compared with similar results from surveys done in 2010, 2013 and 2017.

Most farmers seem to take biosecurity quite seriously and were willing to speak about it with the interviewers. Without any prompting, 57% of all producers surveyed said the term ‘controlling diseases, pests and weeds’ related to biosecurity. There has been a stepwise increase from the 37% who reported this in 2010.

“We also saw a growing trend for producers to define biosecurity as ‘good farm management practices’, which is a sign that they are now thinking of biosecurity as ‘business as usual’,” Rod said.

“Even better, almost nobody said they ‘don’t know’ about biosecurity,” he added.

Apart from the formal survey questions, producers were also able to share their general views on the topic of biosecurity, the time and cost of implementing measures, paperwork, the impact of drought on business decisions and COVID-19.

The survey conducted phone interviews with 1,209 Australian crop and livestock producers to gain a better understanding of:

Rod said that having the results of four surveys was very valuable information.

“Having asked much the same questions in the surveys over ten years, we are pretty confident in the trends we see in the data,” Rod said.

“The surveys also tell us where producers are looking for information, what they want to know and how they like to get it.”

On a final note, Rod wanted to thank producers who agreed to give their time and participate in the survey.

“Your views are greatly appreciated and will be used to help improve the Farm Biosecurity program to meet your needs.”

View a summary of the survey’s key findings.